To Restore or Not to Restore: Historic Wood Windows
Working with a Architect 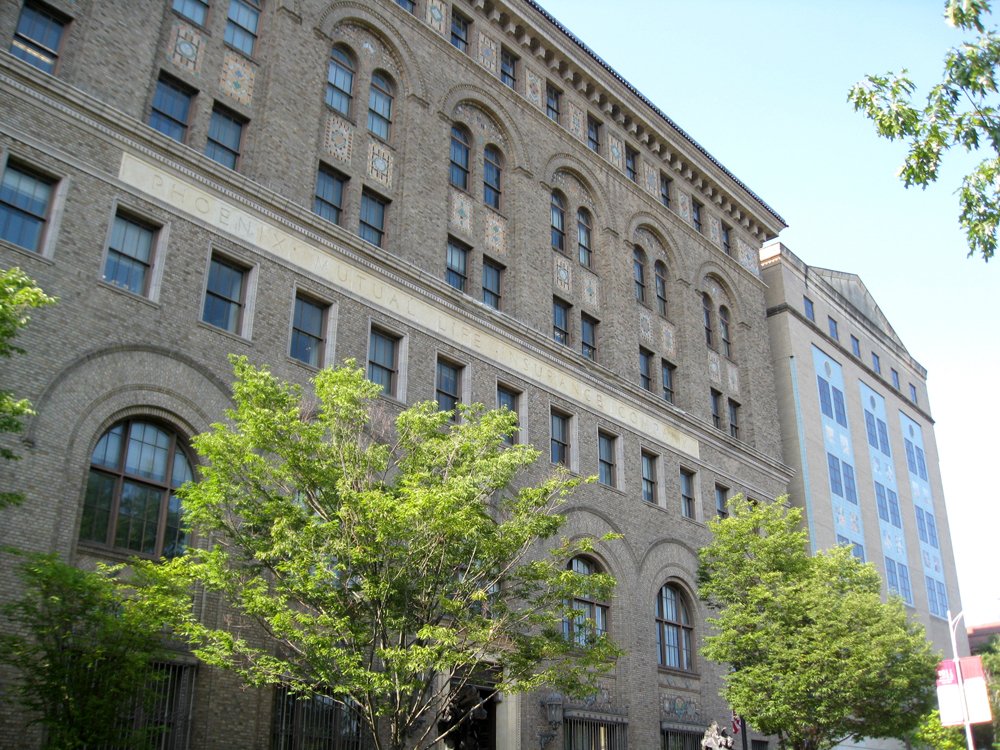 For the last several decades, replacement windows have been so aggressively marketed to architects and homeowners alike that frequently, the design professional’s first impulse in the renovation of any historic building is to replace the windows. Only about 20% of a building’s energy is lost through its windows; the rest is lost through floors, walls, and roofs, so it is worth examining other paths to building envelope renovations and weighing the pros and cons of each approach. When dealing with historic wood windows, there are generally three options: replacement, re-glazing with insulated glazing units, and window restoration. Each option comes with its aesthetic, cost, and energy considerations.

In the first instance, window replacement, the typical approach is to leave the window frame in place, replacing only the sash. This is routinely done, regardless of the condition of the existing historic window. There are several false economies to this strategy. First, most of the air leakage in existing windows occurs where the sash meets the frame. Replacing the sash does nothing to address this issue, which the installation of a metal-spring weather-stripping and nylon pile on the existing window could accomplish more economically. In addition, replacement sash are typically made from newly milled, new-growth lumber which is softer and more prone to rot than old-growth woods. Frequently the wood is finger-jointed and then concealed behind a vinyl or aluminum cladding, creating further complications by trapping moisture.

Insulated glass units present another problem in replacement windows. Invariably their seals fail, allowing moisture to enter between the units and causing a fogging of the glass. The insulating gas between the units, typically argon, also leaks out at that time, causing the window to lose whatever insulating properties it once had. At this point, the replacement window is underperforming relative to the original window it replaced. The average lifespan of a replacement window is approximately 20 years, while a historic wood window with proper maintenance has an indefinite lifespan because it is comprised of individual parts and pieces that can be repaired or partially replaced, rather than wholesale replacement of the window sash.

The aesthetics of a replacement window are never the same as the historic window it replaces. The patina of age, inconsistency of the individual glass lights, and all the character and individuality of a window are lost when it’s removed from a building. Replacement windows have a uniform, hard-edged, flat appearance which is immediately detectable, and detracts from the integrity of a historic building.

The second option is reglazing historic sash with insulated glass units and is similarly fraught with problems. When a window is reglazed in this way, the existing muntins, stiles, and rails of the sash are routed out to accept the deeper thickness of the insulated glass unit. The shadow lines of the muntins are then reduced, the transparency of the individual lights is altered, and the individual irregularities of historic glazing are lost. In addition, many historic sash become weakened and damaged by the increased weight of the insulated glass units when routed out this way. The original sash weights, designed to lift a specific weight of sash, are frequently unable to handle increased load. As a result, spring-loaded sash weights end up being retrofitted.

The cost of reglazing historic windows with insulated glass units is equivalent to replacement sash and has approximately the same payback period. It too can never make up in energy savings the cost of the retrofitted historic sash.

We now come to the third option, window restoration. Historic windows are considered a significant feature of a building because they reflect the original design intent of the building, its period or regional style, and are an example of exceptional craftsmanship.

There are many economic and environmental advantages to restoring rather than replacing historic wood windows. While the cost of window restoration is frequently equivalent to window replacement, the result is an enduring window that will last indefinitely with proper maintenance, while most replacement windows only last about 20 years or so. If a restored window is also weather-stripped, the frame properly caulked, and an exterior storm sash installed, its energy use is virtually the same as a replacement window.

The labor and money expended in window restoration takes place in the local economy rather than being spent in some distant place where the windows are made and require trucking to reach the site. An existing window has embodied energy which is lost when that window is replaced. It’s also worth remembering that the adage “the greenest building is the one already built” applies to windows as well. Repairing a historic window is the most environmentally responsible option. It reduces the carbon footprint and waste of the window upgrade program and recycles old growth wood, which is simply not available anymore.

For all these reasons, except for windows which have deteriorated beyond repair, window restoration is the most sensible alternative when dealing with historic wood windows. It’s the right choice economically, environmentally, and aesthetically.

QA+M Architecture is a full-service architectural firm that provides programming, planning and interior design for clients in Commercial, community, education, healthcare, historical, housing, and recreational/athletic markets. Staffed by 33 dedicated professionals, including 18 licensed architects, the firm has grown into one of the 10 largest architectural firms in Connecticut.