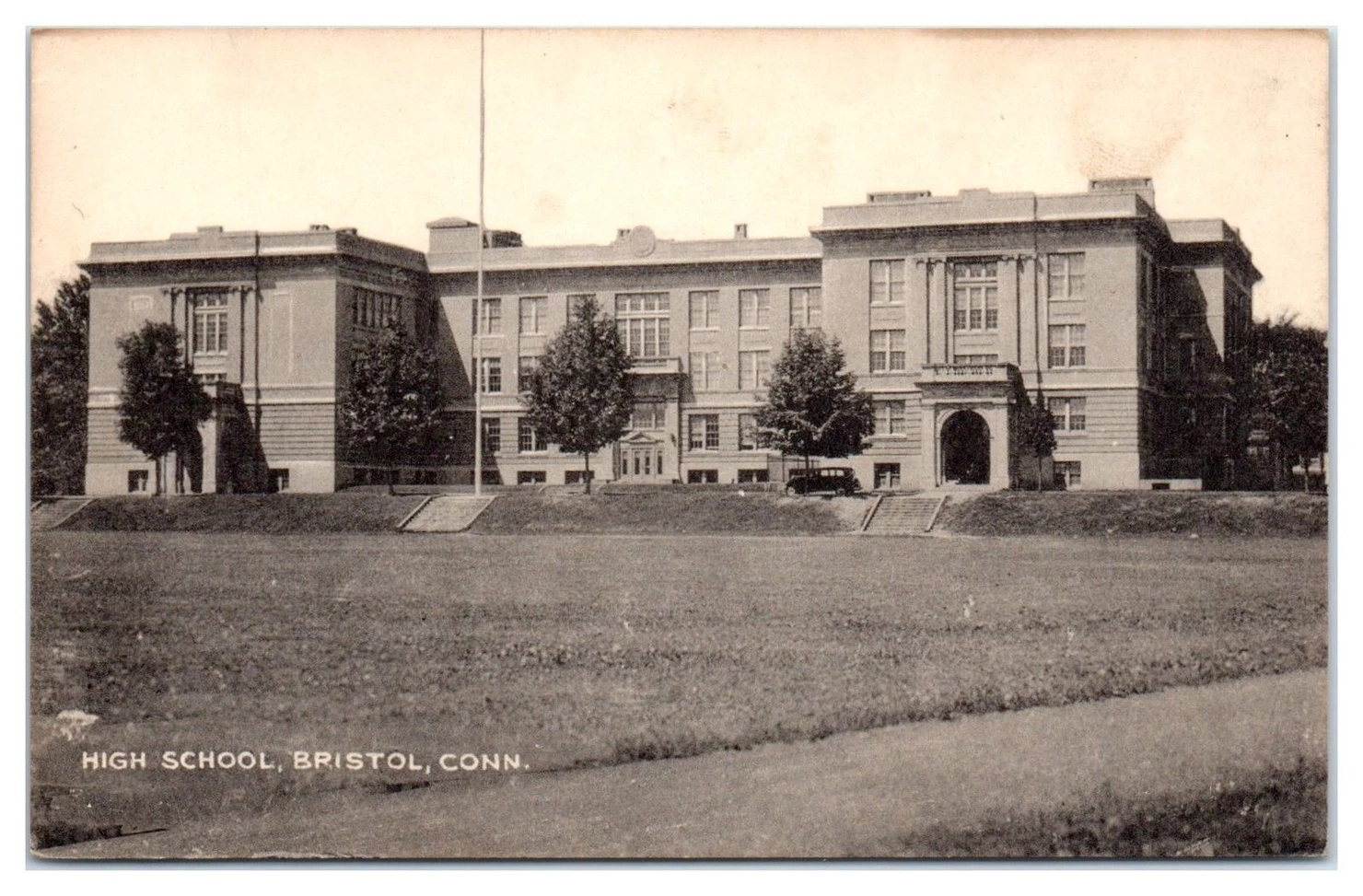 The City of Bristol has nearly completed a new project that achieves two goals: the restoration and preservation of a cherished emblem of the City’s past, and the creation of a new school to ensure excellence in education in the City’s future. The project is the Bristol Arts and Innovation Magnet School (Bristol AIMS) located on Memorial Boulevard in the City’s West End.

QA+M Architecture was engaged by the City to renovate the historic Memorial Boulevard School to create the new Magnet School. The site was the former Bristol High School, which was constructed between 1921 and 1923. The building was designed by architect George Wilson Potter, who was known for his schools and libraries throughout New York, Pennsylvania, and Connecticut.

At the time of its construction, the building exemplified the latest in high school design – beautiful, modern, and built to provide the youth of Bristol with ample access to the educational, physical, and recreational opportunities deemed crucial to the educational process of the period. Physical study, newly recognized as an important element of the educational process, was also represented by the state-of-the-art swimming pool, gymnasium, and athletic fields. The school also housed a full professional-grade theater with stage, fly space, and seating for over 900 patrons. Sanitary, well- ventilated and well-lit, the former Bristol High School is an example of the culmination of many years of study on the architecture of school buildings. It also represented the prosperity and growth of Bristol as an industrial city.

The goal of QA+M’s renovation and addition project was to create a new magnet school for middle and high school students which, while offering a full curriculum, would also support students to excel in studying the arts.

To that end, modern studio spaces were created within the building to support not only traditional academic arts like painting and sculpture, but also arts technologies including animation, computer-assisted drafting, and 3-D printing. There is a full art gallery located on the main level of the building, which can be accessed through a separate entrance for evening exhibitions and receptions.

The music program in the new school will be enhanced by new large choral and band rooms that make use of some of the taller spaces in the building for improved acoustics. Adjacent to the music suite are two sound studios for electronic and experimental music.

The theater and dance program at the new magnet school makes use of the restored historic theater within the building, which will be enhanced with completely new lighting and acoustical systems.

A new lobby with ticket booth and concessions area has been created so that the space can function as a community resource and be available for use during the evening. An addition at the rear of the theater will house support spaces that include scene and costume shops, increased backstage area, and Studio theater located in the area of the former indoor swimming pool. When completed, the theater complex will not only train students for performance and tech production at a professional level, but will provide the City with one of the larger performing arts seating venues in the State.

QA+M Architecture is proud to have been the architects of the renovation of the former Bristol High School. At the completion of the project, not only will the City of Bristol have a enviable new arts magnet school, but also an emblem of the resurgence of the City in the 21st Century.

QA+M Architecture is a full-service architectural firm that provides programming, planning and interior design for clients in Commercial, community, education, healthcare, historical, housing, and recreational/athletic markets. Staffed by 33 dedicated professionals, including 18 licensed architects, the firm has grown into one of the 10 largest architectural firms in Connecticut.